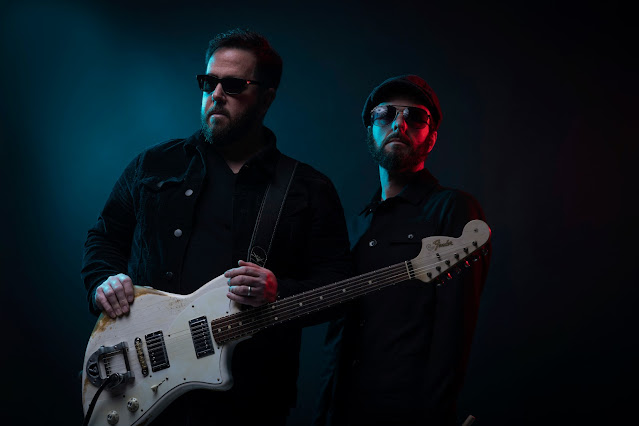 The Cold Stares may be the first US band on tour after Covid and if you are lucky enough to be in Scandinavia you should not miss out to go see them. Destined to headline with their high voltage amalgam of Blues and Rock, this could well be your last chance to see the band playing in clubs. Recently signed to a Dutch label, they will be previewing their forthcoming August release "HEAVY SHOES."

Two years ago I received a request from drummer Brian Mullins of The Cold Stares to play the Spring Fling Music Festival in Austin, Texas. Seeing that it was a duo, I first contemplated putting them somewhere into the afternoon line-up. Damn, was I wrong! The sheer power of their then album "MOUNTAIN" blew me away. I immediately knew Brian and his bandmate, guitarist Chris Tapp deserved a coveted evening slot, normally reserved for full-sized bands. Rocking the house with their mixture of rock, (hill country) blues, southern Gothics, and some punk influences, they left the audience mesmerized. That summer they followed up with the “WAYS” album which garnered them even more critical and audience praise.
Like most bands, the last 14 months, saw them staring at blank walls instead of filled halls. Even though not being able to tour, they released a 4-song digital EP "BLACK SUNSET" and were signed by Mascot Records in the Netherlands, who will release their label debut "HEAVY SHOES" on August, 13th. They also worked together with Tres Hombres and Rootsy on their current European tour, which unfortunately got cut short due to another Covid lookdown in the UK and Germany. But in Scandinavia, Denmark and Sweden opened up and the Cold Stares are thrilled to be back on the road, as Brian messaged in a comment:
“We are super excited to be the first US band to tour Scandinavia after the pandemic. We are also stoked to be a part of the Mascot family.”

The message of "In The Night Time" from their forthcoming album salutes every true music fans yearning to go out and see live music again.

The future may make The Cold Stares despite their band name smile, not only is another European tour already in plans but they were also booked to the Aftershock Festival in October with headliners Metallica and Social Distortion and next year will see them on Joe Bonamassa's "Keeping The Blues Alive" sea-cruise.
Maybe walking in "Heavy Shoes" may get a little lighter in the near future.

Dates & Links for The Cold Stares: 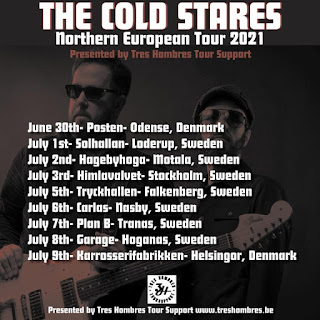